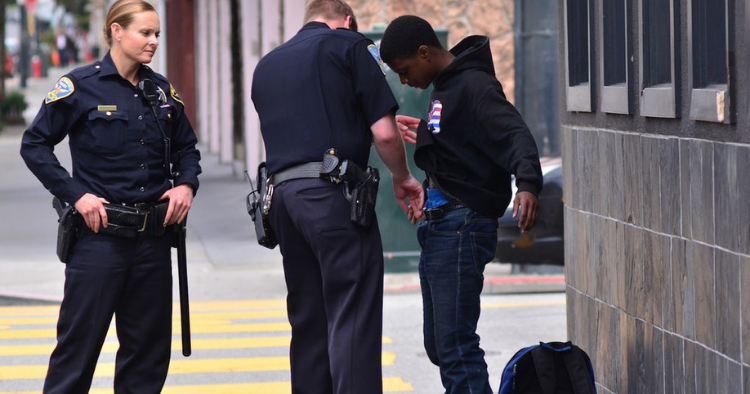 Stop and Frisk (also known as an investigatory stop) is a policing strategy whereby police stop citizens who they suspect have committed a crime or were about to commit a crime and frisk/pat-down the citizen. Police departments have claimed this policing strategy helps keep crime down. However, civil rights attorneys and advocates have argued that stop and frisks amount to racial profiling and disproportionally affects Black and Hispanic citizens.

A strong argument can be made that stop and frisks are unlawful police harassment. Those who are the subjects of stop and frisks complain that they are stopped and accosted by police officers for engaging in non-criminal behavior, such as standing in front of their home or walking down the street. And that the police encounter often leads to unconstitutional arrests and police violence when they object. One only need to watch the news or do a quick internet search to learn of an account of how quickly what was supposed to be another stop and frisk encounter led to a citizen, who moments before encountering the police was doing nothing wrong, ends up being killed by the police. Eric Garner was choked and killed by a New York Police Officer on the street after officers stopped him for selling loose cigarettes.

Chicago civil rights and police misconduct attorneys have also complained that the Chicago Police Department unconstitutionally and disproportionally stopped minority citizens under its stop and frisk policy. In 2014, the ACLU of Illinois issued a report in which it found that Black Chicagoans comprised 72% of all investigatory stops made by CPD despite the fact that they accounted for only 32% of the population. In that same report, the ACLU found that 250,000 of those stops did not lead to any arrests. That means that a quarter-million people, who had committed no crimes had been accosted for no reason. Unconstitutional practices by the CPD, including stop and frisk, has led to hundreds of federal lawsuits filed against the City of Chicago by civil rights and police misconduct attorneys and forced the City of Chicago to pay out hundreds of millions of dollars in settlements to victims of police misconduct over the last decade.

Courts around the country have found that the use of the practice is unconstitutional because Black and Hispanic citizens were stopped at higher rates than whites. Additionally, studies have now shown the use of the stop and frisk does not lead to lower crime rates.

Furthermore, stop and frisks rob people of dignity and erode public trust in police departments. Housing discrimination and racist policies implemented by cities over the last eight decades have left minority communities economically and socially vulnerable. Living with this reality is a burden within itself, but to add the daily insults and psychological injury of being stopped and harassed by the police for the most trivial reasons makes life more difficult. To the Black and Hispanic citizen who is stopped, it says you don’t matter.

When Can The Police Stop You On The Street?

Simply put, the police CANNOT stop you on the street for no reason. They must have reasonable suspicion that is more than a hunch or a gut feeling and must be based on specific and articulable facts that could lead a reasonable person or officer to believe that the individual is involved in suspected criminal activity. Police often state that a person “fit the description” of a suspect and that’s why they stopped and searched the individual. However, a description of a suspect being a “young Black male” does not give the police the right to stop any random young Black male in an area.

The same applies when it comes to pat-downs. It’s not uncommon to see police searching inside a citizen’s pockets and inner clothing when stopping them on the street. As already mentioned, the Terry case says that during investigatory stops, the police can only conduct a pat-down of your outer clothing if they have reasonable suspicion to believe you are armed with a weapon. A stop does not automatically mean they can pat you down. And unless they have reasonable suspicion (they see something on your person, such as being a bulge that could reasonably be believed to be a weapon or information from someone that you could be armed) they cannot conduct a pat-down of your outer clothing. However, we know that they don’t always follow the law.

Despite courts all around the country slapping down police departments for their unconstitutional stop and frisk practices, Black and Hispanic citizens are still subjected to unlawful stops and searches on a daily basis. If you believe you’ve been the victim of an unlawful stop and search by the Chicago Police, you should contact an experienced Chicago civil rights and police misconduct attorney immediately. Your rights may have been violated.