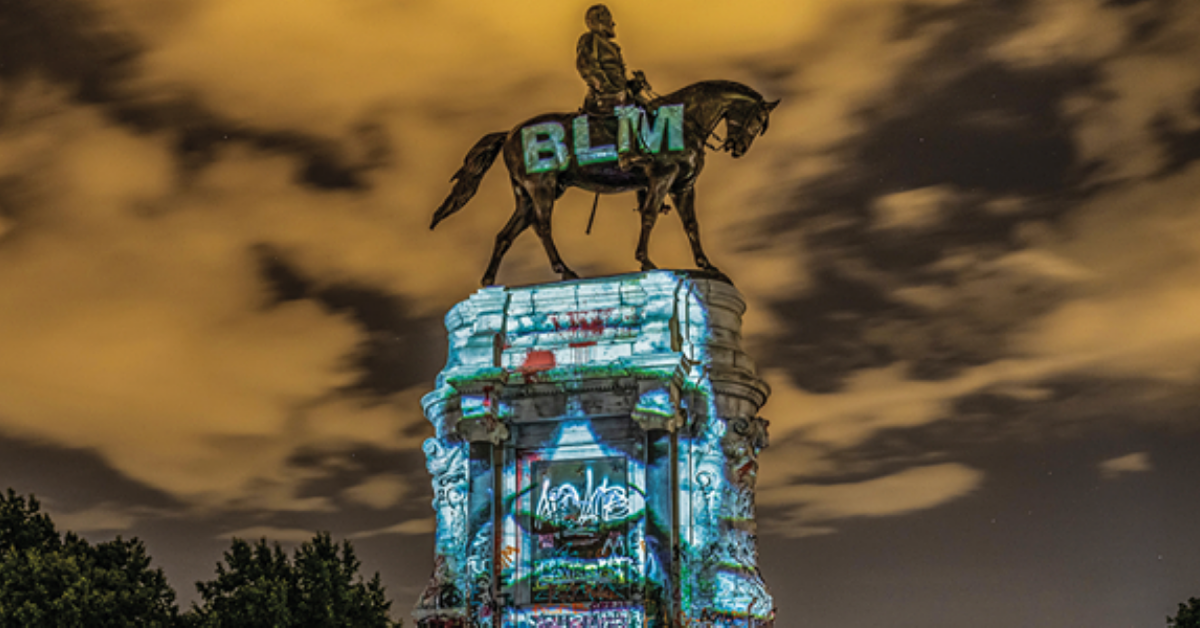 In its latest issue, National Geographic is following other major news outlets and recognizing this past summer’s national uproar surrounding racial justice and police reform. In a social media post, the magazine stated: “In our 133 years, National Geographic has never singled out one year for a retrospective like this. But if ever a year demanded that, 2020 does.” The cover of its January issue is an image of the Robert E. Lee monument with the image of George Floyd projected onto it.

This year has not seen a shortage of senseless shootings and murders of Black citizens at the hands of law enforcement and vigilantes. George Floyd, Breonna Taylor, Casey Goodson Jr., Rayshard Brooks, Tony McDade, Manel Ellis, and Ahmaud Arbery are just some of the dozens of victims from 2020. As we move into 2021 we must not become complacent in the fight for racial justice and police reform. Each and every one of the victims who were injured or lost their lives in 2020 deserves to have not only their memory but the battle for justice continued into 2021. I applaud National Geographic for helping to keep the message of racial justice, civil rights, and racial healing going in this country. This is no time to press pause.