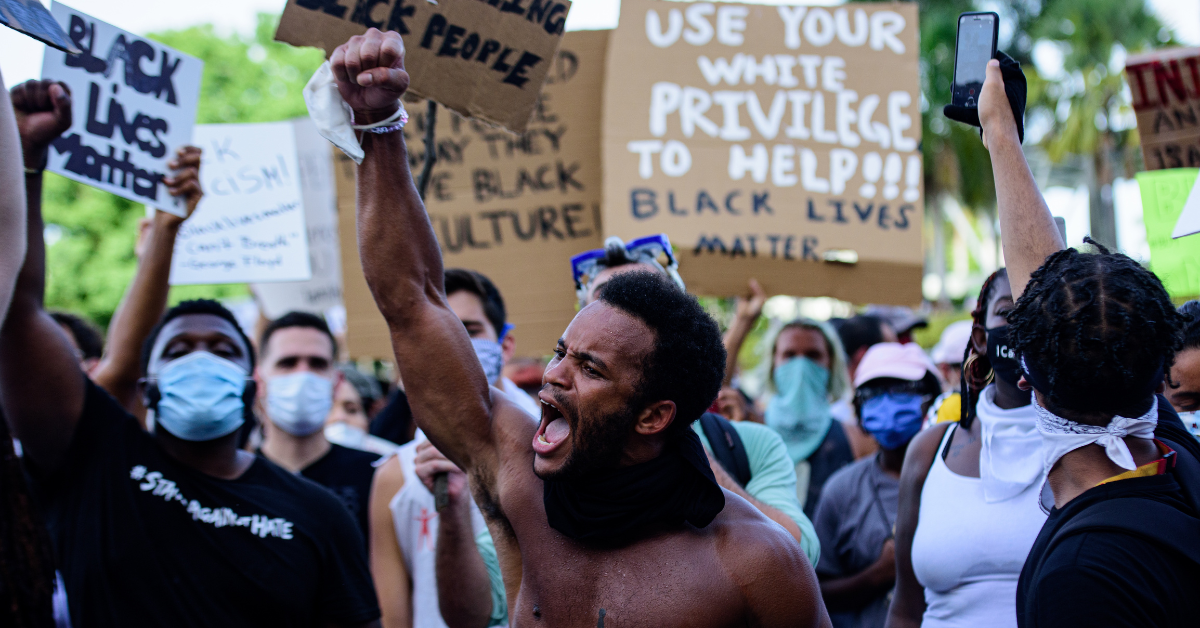 How To Stay Safe & Protest The Police

Over the last several years, we’ve seen an outpouring of citizen participation in protests against racial injustice and police violence. In the aftermath of the George Floyd killing by police in Minneapolis, citizens around the country marched through the streets to protest the continued injustice of police violence against Black Americans. Most protests were peaceful. However, there were some that became violent after the police used aggressive tactics against protestors. In Chicago, police used violent tactics against protestors and were captured on video beating countless peaceful protestors who were simply exercising the constitutional right to peacefully assemble. While unfortunate, this is not entirely a shock given Chicago’s history. Chicago is notorious for using excessive force against Black citizens and anyone who stands up and speaks about against injustice in the Chicago. As a Chicago police brutality attorney, I’ve handled hundreds of cases involving Chicago police officers brutalizing and mistreating citizens who protested unjust treatment by police officers. Chicago civil rights attorneys have longed championed the rights of those that peacefully protest the Chicago Police Department’s continued unjust and unconstitutional treatment of Black Chicagoans.

It’s important to know that it is lawful for citizens to protest against their government and the police. However, just because it’s lawful and peaceful does not mean that things won’t go wrong. The police often use violence as a means to repel protesters. They also falsely arrest citizens who protest and then they prosecute the citizens. This article will list some tips that you should follow if you plan to protest unjust police actions.

Whenever you gather to protest against police injustice and there are officers present, it is important to keep your distance from the police. Police officers often claim they feel threatened whenever someone gets to close to them and they tend to use excessive force to push protestors back. That’s why it’s crucial that you keep at least 10 feet between the officers and you. By providing distance between you and the officers , you increase your chance of staying safe and decrease the chances that an officer falsely accuses you of doing something unlawful.

In addition to keeping your distance from the officers, it’s just as important to follow the commands and instructions of the police. If the police tell you to disperse or to move back, you should consider doing so. Not following police commands can put you in jeopardy of being arrested. It could also lead to you being injured by the police. Police brutality and excessive force can sometimes stem from an officer using too much force on a citizen who refused to follow a command. This does not mean that a citizen should be blamed for excessive force being used on them. To the contrary, it means that as citizens who know that police officers sometimes use excessive force on citizens, it’s prudent to take all the steps that you can to put you in a better position to leave an encounter with an officer alive and unharmed.

Do NOT Fight The Police

If you don’t follow any of the suggestions in this article, follow this one–DO NOT FIGHT THE POLICE. During a protest, emotions flare up and tensions rise. And when the police use force to push a crowd back, sometimes the crowd responds by pushing back against the police and even striking the police. You should never do this. Striking a police officer is a quick way to get arrested and prosecuted. It can also lead to you being seriously injured by the police. Police officers often resort to excessive amounts of force in response to being hit or struck. If the police are being violent with you or you see that the protest has the potential to become violent, the best thing to do is to begin to back away from the police. This will protect you from physical harm, and it will also decrease the chances of the police falsely accusing you of something that you didn’t do.

At a protest there is a lot of action and lot of moving parts. You have some protestors who are peaceful. There are some officers that not using force and only giving verbal commands. However, there are times when a protest can get out of control and chaos can break out. We’ve all seen protests where the protestors and the police seem like they are in an all out fight. If you find yourself in this situation, follow the steps already listed above and do your best to remove yourself from the potentially dangerous situation. Do not interfere with the police if they are attempting to arrest someone or take someone away. Your interference can lead you to a being arrested or the police could use excessive force on you and you will become the latest victim of police brutality. It is not your job to police the police. If you see something going on that you believe is wrong or unlawful, record the police from a distance. But under no circumstances should you interfere with the police carrying out their duties. The last thing you want is to be arrested and prosecuted.

In any encounter with the police, your number one goal should be to make it out alive. The police have a job to do and that is to investigate crimes and enforce the law. Citizens also have a job and that is to go home safely without harm or incident. All of the tips provided in this article are not meant to suggest that you should turn a blind eye to police brutality and injustice. It’s actually the opposite. It’s every citizen’s right to protest their government. And the best way to do that is to file a civil rights police misconduct lawsuit. And if you decide to file a lawsuit, you want to put yourself in the best position to win. As a Chicago police brutality and misconduct attorney, I’ve been involved in hundreds of police brutality and misconduct lawsuits. And the number one tactic that the police use as a defense against being sued is to point the finger at the citizen and highlight something the citizen did wrong. Do yourself a favor and give yourself the best chance to win your lawsuit against the police by not giving them reasons to say that you should not be compensated for the wrong done to you. Fighting the police on the street might seem like a good idea during the high emotions of a protest. But I can assure you that you’d feel much better having them pay you money for injuring you or falsely arresting you later.

If you’ve been injured by the police or want to know more about your rights, speak to an experienced Chicago police brutality and misconduct attorney. Below is a free resource guide on how to safely protest the police that can be downloaded. 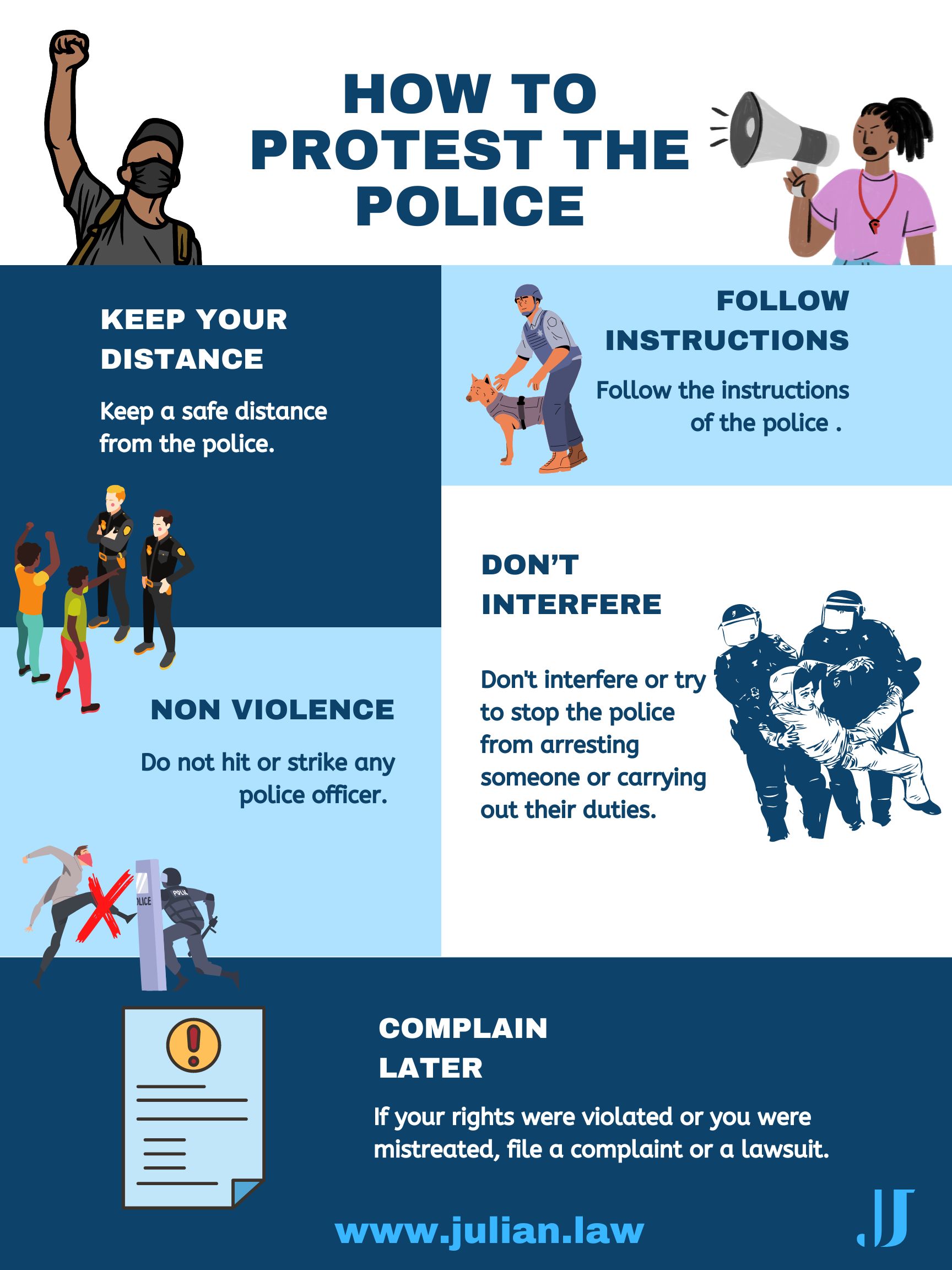 How To Stay Safe & Protest The Police 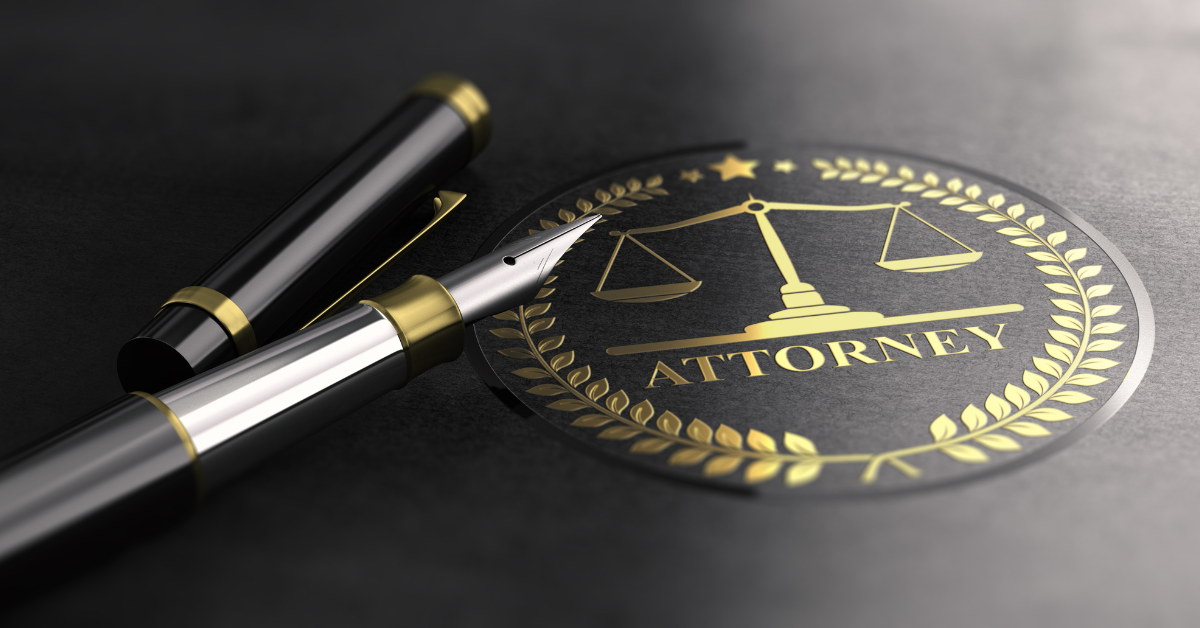 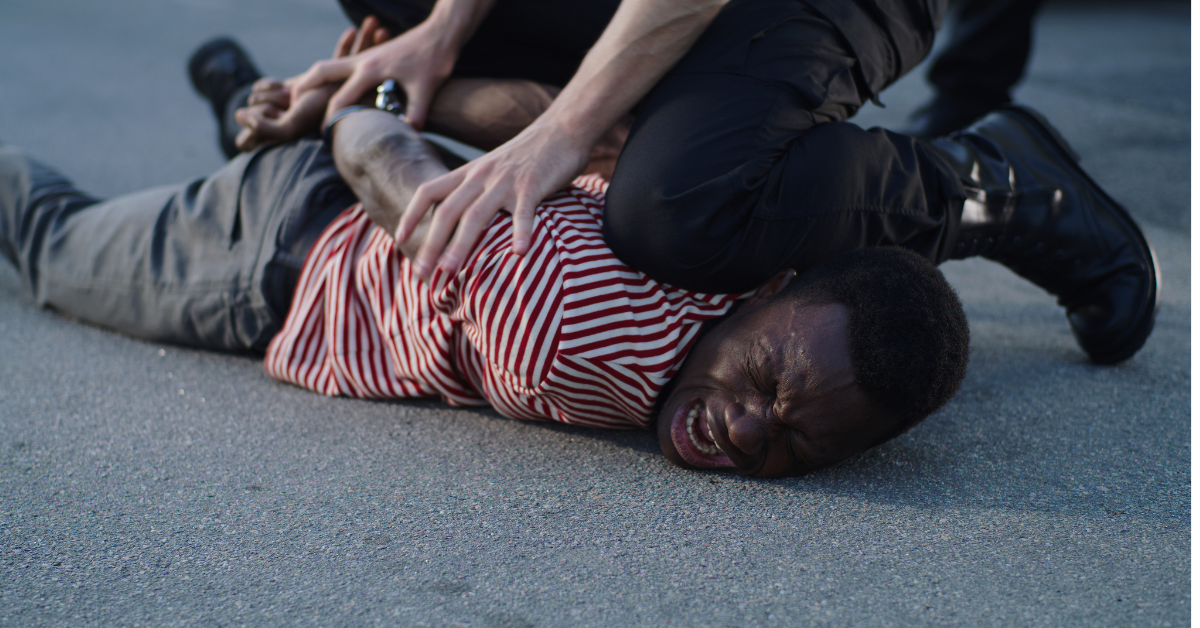